skip to main | skip to sidebar

First of all, we would like to thank you for the invitation to the "NO MAN IS AN ISLAND`` exhibition and for your interest.
We are a group of professional artists with long experience and practice. Art is our main occupation and source of income, which in turn enables us to develop our artistic practice and work on next projects.
This is why we cannot afford agree to participate in your exhibition without an artist fee. This would be an act against ourselves as well as all our European colleagues. We stand for standards, respect for our work, improvement of our social condition.
We stand for being paid for our work. Thanks to such practice artists can create, curators can exhibit it, art critics write about it and the public enjoy it. This is why our participation in the show depends on your decision on including in the exhibition budget an artist fee. We are open to further discussion.

We have received your letter to Mrs. Kumięga from her and have translated it into German. We are very upset about how negative you judge our invitation to you and the other three Polish artists. For 15 years now we have successfully organized exhibitions with a European dimension to the benefit of the artists. For centuries, Europe has suffered from wars and enmity among peoples, also caused by Germany. We belong to the post-war generation and find this past ourselves extremely terrible. Our motivation is that these events never happen again.

In our art exhibitions we always bring together artists from all over Europe, West and East. We aim to build bridges between the people of different cultural regions in Europe, to increase mutual understanding and reduce prejudices. All of the artists we have worked with so far have enthusiastically supported this objective and have been delighted to participate in our projects. Through their new encounters and also through the possibility to sell their art works in Germany, they have multiple advantages that are valuable for their artistic development and their reputation.

The Polish Institute at Duesseldorf appreciates our goals and efforts and has repeatedly supported us effectively. ArtDialog itself finances its projects with the help of cultural foundations, which also appreciate and support our efforts for peaceful coexistence in Europe. The Prime Minister of North Rhine-Westphalia expresses his appreciation for these efforts by taking over the patronage for our project NO MAN IS AN ISLAND.

The members and helpers of ArtDialog work - as repeatedly stated - on an idealistic basis and without pay. We do not pay wages or salaries. Most of us have a long working life behind them and live on their pensions. E.g.: Our curator Dr. Uta Miksche is a professional curator with a MA from Pittsburgh University, USA, and I as president of ArtDialog served as Head of Unit at the Federal Ministry for the Environment, where I worked among others internationally for many years on the level of EU, UN, OECD and bilateral agreements with Poland and other neighboring countries of Germany. Our motivation and strength for our work derive from the joy of all participants in our projects.

The exhibitions which we design shall be a win-win situation for everyone involved. When you talk about exploitation in this context, we feel rather hurted. Your demands and insinuations are capable of destroying the basis of ArtDialog's work. Your statements make us again worried about the future of Europe when the pursuit of material benefits at the expense of others is again at the forefront of people's coexistence.

We ask you one last time to reconsider your unfavorable position. We invite you again in kindness and friendship to participate in our exhibition. Since we only have limited financial resources, we offered - as a compromise to your fee claim - to pay you and the other Polish artists 150 € each for your participation in the exhibition, if you do not personally come to Bonn in the days before and after the vernissage, because this would save us the cost of your stay in Bonn.

We wish you a Merry Christmas and a Happy New Year 2018.

From my point of view, war free Europe's future is based on principle "when you work, you got paid".
We live in times extreme economic inequalities which have an impact for dignity of life.
Working for idea is possible for people with financial background. I don't have one. I can not take part in in the exhibition on the proposed terms. 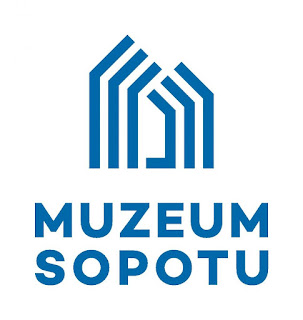 The Civic Forum for Contemporary Art (Obywatelskie Forum Sztuki Współczesnej), based in Poland, expresses our solidarity with American art workers, who will rise up on the 20th of January in protest against Donald Trump’s presidency. In our part of Europe, we are witnessing a comparable crisis of democracy that prompts similar anxieties, as reactionary demagogues feed on resentment and stir up hatred.